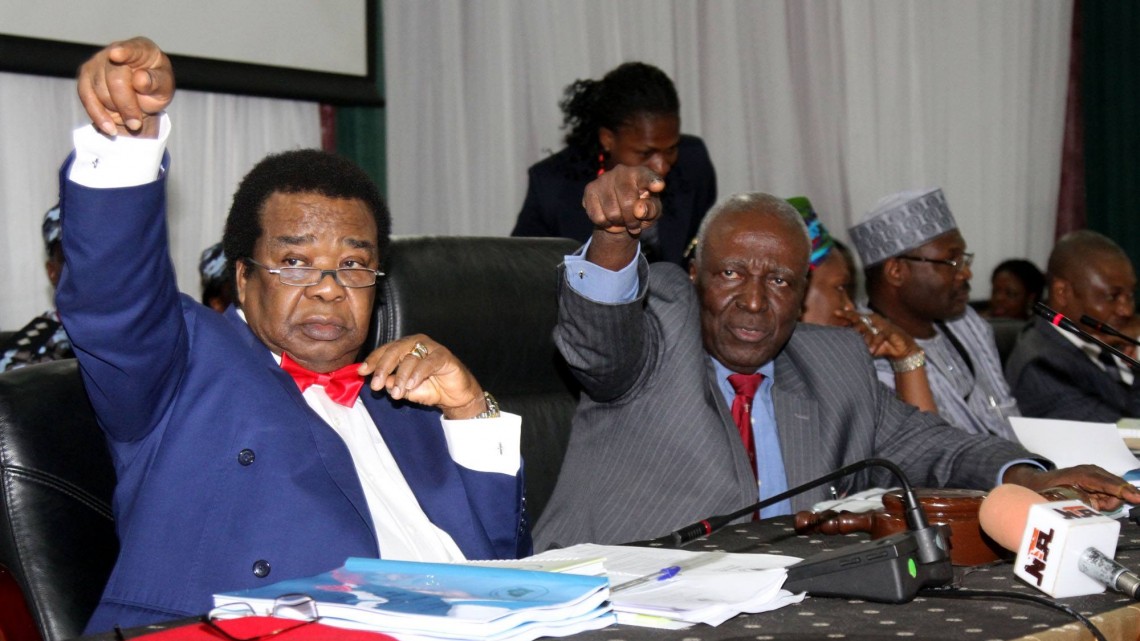 Delegates at the National Conference yesterday overwhelmingly voted for a recommendation by the Standing Committee on Civil Societies, Labour, Youth and Sports that judges convicted of corruption and perversion of justice should get 50 years imprisonment and loss of official entitlements like pension and gratuity.

Earlier, the committee, while presenting the report at plenary by its chairman, Mrs Bola Ogunrinade, said that it was such drastic measure that revived the Asian nations and placed them on the path of development.

“Judiciary officers convicted or found guilty of corruption and perversion of justice should be liable to 50 years imprisonment and loss of all official entitlements, including gratuities and pensions,” the committee said.

Still on corruption, delegates resolved that legislation be enacted by the Federal Government that would stipulate life imprisonment for anyone found guilty of stealing pension and any public fund.

While considering the committee’s proposals, conference equally resolved that a law be enacted by the Federal Government to provide for life imprisonment with hard labour for any person convicted of rape; while other laws should be enacted to criminalise the use of children for child labour and for alms.

To revive the education sector, Conference proposed 26% allocation for education in annual budget at the federal, state and local government levels.

It is believed that with such increased allocation, the ailing educational system would be revived and sustained.

Conference also agreed that government provides an intervention fund as a matter of priority to revitalize abandoned skill acquisition and vocational training centres throughout the country.

To boost employment in the country, delegates resolved that the National Directorate for Employment (NDE), the Small and Medium Enterprises Development Agency of Nigeria (SMEDAN), the Community Services Women, and Youth Employment Project (CSWYE) and Graduates Internship Scheme be merged into a single national job creation agency.