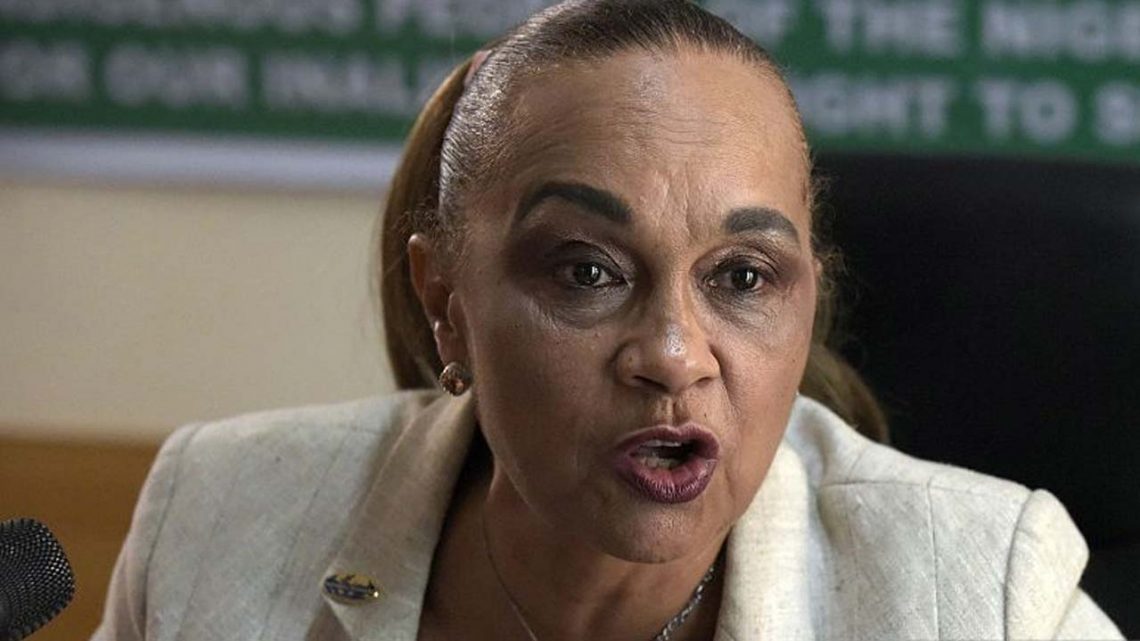 Environmental rights activist and a delegate at the 2014 National Conference, Ms. Ann-Kio Briggs, in this interview with KELVIN EBIRI AND OBIRE ONAKEMU in Port Harcourt, said that unresolved issues of the Niger Delta would continue to give impetus for the emergence of aggrieved militant groups, until the federal government decides to sincerely address the Niger Delta question 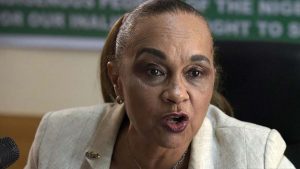 Is the renewed militancy in Niger Delta necessary at this point?
I am a non-violent agitator for equity and justice for the Niger Delta region. As an advocate of non-violence l can and will only plead for people to lay down their arms and consider the advocacy of non-violence. We the people nor the government can run away from the fact that the Niger Delta people have very heart-breaking issues for too long and that they must be resolved. Ignoring a problem does not make it go away. Only justice gives peace where injustice reigns.

Won’t the development portray the region as being against the present government?
The Niger Delta will always agitate against the injustice we have suffered over the decades. Our forefathers confronted the British Empire, then leaders such as the late Chief Harold Dappa Biriye, played their roles, our fathers did not want to be part of an independent Nigeria, the issues they were worried about turned out to be the same issues we face today. We don’t want our children and grand children to inherit the fight for justice. We need them to inherit victory and justice. That we want justice and equity does not mean we are against any government past, present or future.

Is it not an orchestrated plot to frustrate the Buhari government?
No there is no plan to frustrate Buhari’s government, but there has always been a plan to get equity and justice. All Niger Delta people have ever wanted is to have the right to access our God-given resources to develop at our own pace, live in our clean and serene riverine, marine, mangrove environment.

All we have ever wanted is to be free to practice our chosen religion in peace. We are a peaceful people. We are loving and caring. We have endured too much oppression, abuse and neglect. The question is the other way round, we believe that the Federal Government have always plotted with the oil companies to deny us access to our God-given resources, thereby keeping us perpetually poor with no hope for a tomorrow better than today. We are rather left to accept that Buhari’s APC government made it very clear that they won’t accept another four years of a Niger-Delta president and succeeded in making it happen.

From the militants’ terms for truce, is it not obvious that they are not fighting the real cause of the region?
I have not seen any terms for truce, what l have seen were demands the NDA has made. Those demands are not strange or new in the demands that have been made from the Niger Delta at different times. The only new item is the demand for the unconditional release of Nnamdi Kanu. I consider that call a call for establishing his basic human rights, the gentleman has been held since October 2015. Who has the sole right and authority to determine which Niger Delta man or woman is fighting for the real cause of the Niger Delta people and the region.

Having seen how the Amnesty programmme was handled in the last eight years, would you say it was/not a waste programme?
The Amnesty programme kicked off properly in 2010, though it was offered in 2009, 2010 to 2016 is six years, the Amnesty was not offered as a developmental agency for Niger Delta, it was offered for as many people as were willing to come out of the creeks and lay down their arms.
The Amnesty was offered by President Y’ar Adua when the output of crude oil was around 700,000 bpd a few months after the Amnesty the programme started. The crude oil output rose to the level that the budget and the supplementary budget balanced out. The major beneficiary of the Amnesty programme remained the Federal Government, her partner the International Oil Companies (IOC) and   the   non-Niger Delta oil well owners.

The Federal Government became comfortable, and when the then Vice President became the president after the death of Y’ar Adua in 2010, and elected president in 2011, the Niger Delta agitation was put on hold. I remember in 2012, one year after Jonathan came into office, I talked about the disappointment felt across the Niger Delta, l was cautioned and l believed that they were right that if l called for continued agitation for justice and equity for the Niger Delta under Jonathan, Nigerians would see us as being ungrateful that our son was the president. l wish l had not listened, and maybe it was the right thing to do, but it is wrong for anyone to say that l was silent for the time that Jonathan was President.

The Amnesty provided a peace that was useful only to the point that as long as the Niger Delta was releasing the oil and gas. While we kept the Niger Delta peaceful at all cost then, the power-hungry people kept stoking the fire during Jonathan’s administration with all sorts of manipulations and verbal attacks that made him and his government looked incompetent. Amnesty did not fail, what failed was the Niger Delta people particularly the Ijaw people who did not utilise the six years Jonathan was in power. We truly saw him as a Nigerian President and not a Niger Delta president.

A son of the region was president of the country for six years, where were these militants in their quest for the development of the region?
The youths of Niger Delta, like all other youths of other zones of Nigeria, are always there. We should have carried on our agitation.  We believed that we were doing the right thing for the Federal Government headed by our son, but we rather did the wrong thing for ourselves, but that does not take away our rights to agitate for equity.

President Buhari has ordered for a crackdown on them, won’t it be another round of battles in the region?
During the campaign before the 2015 Presidential elections, l watched the Presidential candidate at that time saying that he is a reformed democrat. He had previously been defeated in three presidential elections, therefore, it is unfortunate that President Buhari will choose to take positions and use sentences that are threatening, and most undemocratic as a democratic president.

He does have a military background but he is not a military President. He may have retired military people around him but he is a civilian and democratic president and we will not accept that he will behave like an active General. We are not soldiers, we are civilians in a democracy. He may be irritated by the ways of civilians but, as a President, we expect him to behave like a civilian President.

What does the region stand to gain or lose in all these?
We have lost a lot since the amalgamation and 1960, our environment has been destroyed, in more than 50 years our resources have been carted out of the region, taken to Abuja and shared amongst 36 states out of which 27 states bring nothing. We have been arm-twisted out of Nigerian government by force and threat.

We are pushed aside as 2nd class citizens in a nation we are 100 per cent citizens. We are denied political and economic participation.
We have to gain back our rights to our resources, our rights to determine who will govern us, and our speed of development. We will not beg to be Niger Delta people because we are already Niger Delta people.

In what ways can maximum peace be entrenched in the Niger –Delta region?
Dialogue, equity and justice, we have never changed our demands. We believe in fiscal federalism, resource ownership, a new constitution written by the people and for the people. It is fair for each state to generate their own funds either through their natural resources or through attracting investment and industrialization to their States if they don’t have natural resources.

Previous post I made many “unforced errors”, Cameron apologises