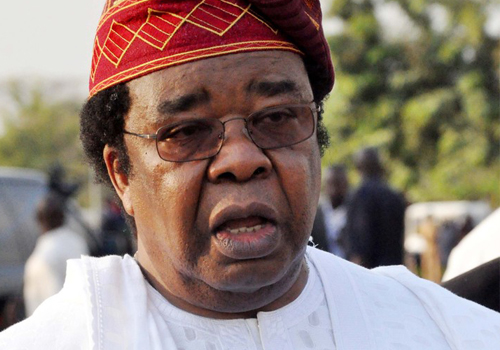 July 6, 2014 – Deputy Chairman of the National Conference and former Minister of Foreign Affairs, Professor Bolaji Akinyemi, CFR, has been conferred with the traditional title of Hasken Adamawa by the His Royal Highness, Alhaji Muhammadu Barkindo Aliyu Mustapha, CFR; the Lamido Adamawa.

Alhaji Mustapha, by his office as Lamido Adamawa, is the premier ruler of Adamawa. He presently serves as the Chancellor of the University of Benin, Edo State.

“These are the things which informed my decision to honour you with the traditional title of Hasken Adamawa which means the Light of Adamawa.

“In view of the above therefore, you may wish to suggest a suitable date of your choice for your investiture and communicate same to the Adamawa Emirate Council.”

In response, Professor Akinyemi said, “It is with humility and a deep sense of appreciation that I received and read Your Highness’ letter dated June 27, 2014 conferring on me the traditional title of Hasken Adamawa.

“I accept with pride this honour. At the end of the National Conference and the Ramadan, I will approach the Adamawa Emirate Council to discuss the most appropriate time convenient to Your Royal Highness.”