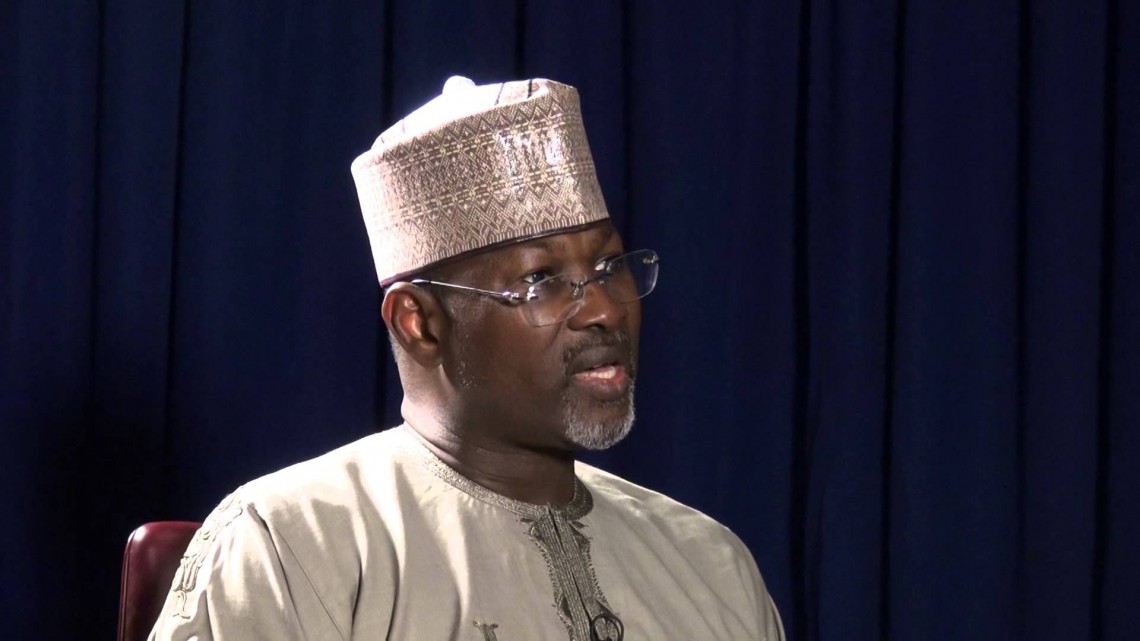 The Independent National Electoral Commission has announced the rescheduling of the general elections from February 14 and 28 to March 28 and April 11.

The Chairman of the commission, Prof. Attahiru Jega, stated this at a press briefing in Abuja Saturday night.

He said the decision was taken after several consultations with political parties, civil society organisations, members of the Council of State, INEC national commissioners and resident electoral commissioners.

Jega said the decision to shift the elections was a difficult one, but added that it had to be taken because of the security implications of holding the election without the support of security agencies.

He said while the commission was ready to conduct the elections, the input of the security agencies was important.

He said, “Whatever the commission does may not be sufficient to guarantee the success of elections. There are others like security which is not under the control of INEC.

“On Thursday, February 5, I was invited to brief the Council of State on the level of preparedness to conduct the elections. I have detailed account of what the commission had been doing for the readiness of the elections.

“The summary of my presentation was that for matters under the control of INEC, the commission was ready for the elections despite the challenges of PVCs and we have been doing all we could do for that.”

He said that in the delivery of materials, INEC was ready for the election. He, however, stated that the commission was handicapped in some areas.

He said, “But there are other variables that are not under the control of INEC, which is security. While the commission has a good relationship with security agencies, it has become necessary for us to listen to the advice of the security agencies. We are an electoral body not a security agency. We rely on them to provide security for us.”

Because of the security agencies’ advice, he said it would not be wise for the commission to go ahead with the elections.

Jega said, “Last Wednesday, the office of the National Security Adviser wrote a letter to the commission on the issues of security in the North-East. The letter stated that security could not be guaranteed and this was re-echoed at the council meeting.”

Jega said there would be no cost implications for the postponement, adding that majority of the materials to be used for the elections were already in the country.

Asked if a court of law could stop the commission from holding the elections, he said, “My understanding is that no court can stop the election. The power to schedule and election is in the hands of the INEC.”

On the call for his resignation by some supporters of President Goodluck Jinathan, led by Chief Edwin Clark, he said he would not resign.

He said, “I will not resign because my conscience does not say so. I have never met with anyone on how one candidate could win and the other could lose. If there are legitimate reasons for me to resign, I would leave. “

Meanwhile, the All Progressives Congress on Saturday described the decision by INEC to shift the 2015 elections by six weeks as a major setback for democracy.

The National Chairman of the party, Chief John Oyegun, said INEC’s decision taken on the strength of a letter written by security chiefs that they cannot provide security for the elections nationwide, because of the commitment of resources to fighting insurgency in the north-eastern part of the country, is provocative.

He said, “This is clearly a major setback for Nigerian democracy, and our party is meeting in an emergency session to study its implications. We will inform Nigerians of its decisions in the next few days.

“In the meantime what has happened is highly provocative, I strongly appeal to all Nigerians to remain calm and desist from violence and any activity which will compound this unfortunate development. We must not fall into this obvious trap. Change we must. They can only delay it; No one can stop it.

“I want to assure all Nigerians that the All Progressives Congress will not abandon its commitment to change and will sustain the struggle to establish a new Nigeria.”

He said, “INEC mentioned the area of security and the fact that people have not received their PVCs as expected. These are two strong points upon which anybody would consider if given the powers to postpone the elections.”

The Director of Media and Publicity of the PDPPCO, Femi Fani-Kayode, said the INEC ‘’must be commended for showing the courage to shift the elections after acknowledging the fact that its state of preparedness was not 100 per cent.’’