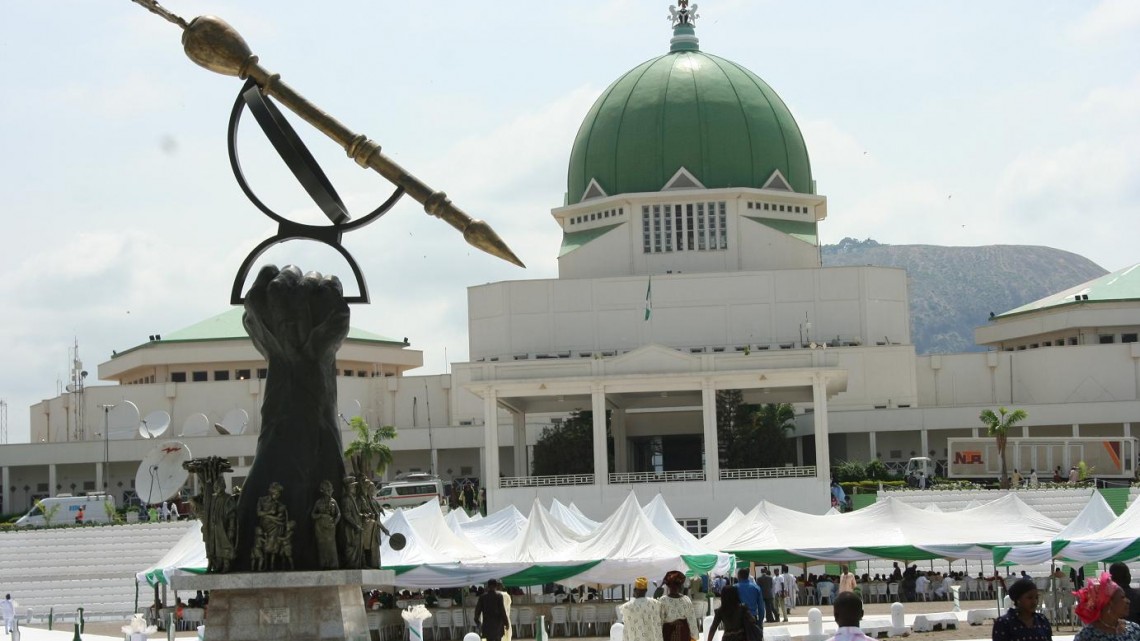 The National Assembly on Tuesday, transmitted the amendments it carried out on the 1999 Constitution, to the 36 state Houses of Assembly for their concurrence.

Senate President, David Mark, who is also the Chairman of the National Assembly, presented the copies of the document to Speakers of the states Houses of Assembly, at the Senate New wing.

Mark, led the leadership of the National Assembly, which included Speaker Aminu Tambuwal; Deputy Senate President Ike Ekwremadu; Deputy Speaker Emeka Ihedioha, and other principal officers of the two chambers, to the event.

The Chairman, Conference of Speakers of the States Houses of Assembly, Mr. Simeon Okon, who is also the speaker of the Akwa-Ibom State House of Assembly, led his colleagues to pick the harmonised copies of the amendments.

Mark and Tambuwal said the National Assembly did not amend the constitution to serve personal or group interest.

Chairman of the National Assembly Conference on the Constitution Review, Ekweremadu, said the Senate President had approved a Special Prize for any state legislature which returned the amended version of the document.

Ekweremadu also pleaded with the state legislators to conclude work on the document in the nearest possible time.

He said, “We want to plead with you that now that we are going through the political process, everybody will be very busy, we will appreciate if you can return the amended version from your end.

“We will not give you a deadline but as fellow parliamentarians and partners in an effort to advance the governance in this country, please, find time with your colleagues to examine the document and vote accordingly.

“I am sure you are aware that each of the items as contained in this bill can only become an amendment to the constitution if it receives one-third vote of two-third of the states which is 24 of the states.

“So, when we did our calculations, only those items that receive votes of 24 states will be deemed to have been fully amended.

“We are pleading that you give it sufficient time and consideration.

“Any of the items that does not succeed, we will know that it was despite your efforts.

“So just do your best and ensure you treat it in the shortest possible time, if we can receive it in December, we will appreciate.”

Speaking on behalf of his colleagues, Ikon, appreciated the efforts of both chambers of the National Assembly in the process of amending the constitution.

He said the federal lawmakers have been championing the course by introducing completely a new dimension which involved the people at the grassroots.

Next post AAUA to reverse naming Senate building after Mimiko