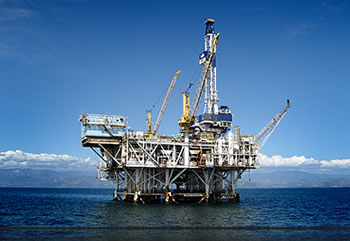 Lagos State is set to join the league of oil producing states in the country come next year as the joint venture partners on the Aje Field offshore Lagos have taken the final investment decision on the exploration of the field.

A group led by Yinka Folawiyo Petroleum Company Limited took the FID to develop the first phase of the Aje shallow water oil field for $220m.

The aim of the first phase is to produce 10,000 barrels per day of oil from two target wells in the Oil Mining Lease 113 area. A re-entry of Aje-4 will form the first producer, while drilling of Aje-5 is expected to be the second.

The plans include the use of Rubicon’s Front Puffin floating production, storage and offloading vessel, which produced oil from the Puffin field in the Timor Sea. The vessel will be brought up to specification soon, while the procurement of subsea equipment and the contracting of a drilling rig are progressing.

The Aje field’s first stage is scheduled to be brought on stream at the end of 2015.

“We believe that this development is good for Nigeria generally because our reserves base has not increased over the years as expected, because the international oil companies are not ready to invest since the Petroleum Industry Bill has not been passed,” an elated Commissioner for Energy and Mineral Resources, Lagos State, Mr. Taofiq Tijani, told our correspondent.

The JV partners had in January 2014 submitted the Field Development Plan for the Aje field to the Department of Petroleum Resources. The FDP was approved in March and is primarily focused on the development of the Cenomanian oil reservoir.

The first phase of development includes two subsea production wells tied back to a leased FPSO. These wells will most likely comprise the re-completion of the existing Aje-4 well and a new well drilled close to the Aje-2 subsurface location.

In addition, further potential on the block is being defined following the 3D seismic acquisition across both OPL 310 and OML 113.

Lagos State had last year established its oil and gas company following the passage of a bill that sought to establish the Ibile Oil and Gas Corporation.

The bill was to authorise the state government to invest and engage in oil and gas activities.