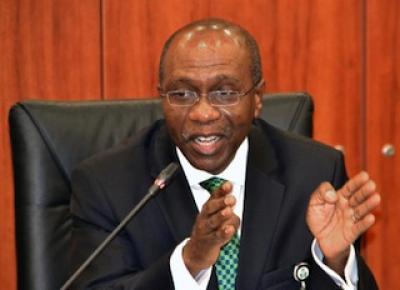 The economy of Nigeria, the largest in Africa, will enter a new mode in about three months’ time and its citizens may start experiencing an unprecedented job loss, experts have warned.

They said for an import-dependent economy like Nigeria, last Tuesday’s devaluation of the naira by the Monetary Policy Committee on behalf of the Central Bank of Nigeria had put the economy in limbo and Nigerians could be in for hard times in a few months from now.

The CBN had, last week, devalued the naira by 8.4 per cent from N155 to N168, raised the benchmark interest rate (Monetary Policy Rate) from 12 per cent to 13 per cent, and increased the Cash Reserve Ratio of private sector deposits in banks from 15 per cent to 20 per cent, among other policy adjustments.

Plunging world oil prices have dealt a big blow to Nigeria’s oil-dependent economy in the last few months, with foreign portfolio investors pulling out their billions of dollars through the bond and equity markets.

The CBN was last week forced to devalue the naira after admitting that the dwindling reserves were making it hard to defend the local currency. The external reserves have plunged to $37.1bn as of last week.

The central bank said the economy was in a precarious state and that naira devaluation was the ‘best’ it could do to save the economy from further woes.

But analysts said the devaluation route would lead to massive job loss occasioned by massive industry closures, high inflation rate (moving to double digit from the current 8.1 per cent) and the economy’s fortunes could be worsen.

They said the economy was heading for the hard times as experienced in 1986 when the naira was similarly devalued.

The President, Lagos Chamber of Commerce and Industry, Mr. Remi Bello, said he had warned the Federal Government of its looming danger to the economy, insisting that Tuesday’s devaluation of the naira would impoverish Nigerians.

“We have been through this before; it happened in 1986 and we know what eventually happened when the naira was devalued then.

“The belief is that when the naira is devalued, the pressure on exchange rate will be reduced. Yes, theoretically but the one we have been doing in the past has not achieved that aim.”

On the effect of the devaluation on cost of doing business, Bello observed that as a result of the import-dependent character of the economy, the sharp decline in exchange rate would naturally push up the operating cost of enterprises in the economy.

A famous economic analyst and the Chief Executive Officer, Financial Derivatives Limited, Mr. Bismarck Rewane, said, “The decision to raise the MPR and the CRR on private sector deposits, as well as the shift in the benchmark mid-point of the currency band are not without far-reaching implications.” According to him, the currency adjustment has a direct impact on the cost of imports and this may undermine the MPC’s efforts at ensuring price stability.

Also analysts at the BGL Plc are of the view that the depreciation of the naira will increase the cost of imports and prices of imported materials. “This, in turn, will lead to increase in inflation on imported foods,” they stated.

The economists unanimously noted that depreciation was a hard route for an import-dependent economy. “It’s never the best of options,” they said, in a report.

The Governor of the CBN, Mr. Godwin Emefiele, had also affirmed this.

In his screening at the Senate earlier in the year, Emefiele, had vowed that he would never devalue the naira because it would lead to serious hardship with terrible macroeconomic instability.

Emefiele had also said at his screening that he would bring down rates in order to boost employment.

But last Tuesday, the MPC was forced to increase rates.

Analysts said this decision, coupled with the raising of the private sector CRR, would lead to a rise in the cost of funds and ultimately low investment and high unemployment rate.

Although the Managing Director of Economic Associates, Dr. Ayo Teriba, supported the naira devaluation, he faulted other measures announced by the CBN.

He said, “To my mind, devaluing the naira was the only thing they should have done. All the other steps that they took amounted to overkill and they will cause problems elsewhere in the economy.

“I do not think they should have raised the policy rate. You told us that inflation had been falling; so, why do you need to raise the policy rate? In the eyes of the CBN, Nigerian economy is banks, foreign exchange market and government, which is very wrong.”

Other analysts have stated that another round of devaluation could take place if oil prices continue on the downward trajectory.

Asked if there might be a further devaluation of the naira amid the continued decline in oil prices, Teriba said, “If the adverse global forces continue, the CBN will have no choice but to do the needful. I doubt that the falling oil prices will continue. It might drop rapidly to $60 as OPEC may desire, but then getting to $60 should achieve their aim. Part of their aim is to derail the shale oil developers in the US.

A professor of political economy and management expert, Pat Utomi, in a telephone interview with one of our correspondents, said, “For me, the fall of oil price is an opportunity. In fact, if I have my way, I want it to fall to $20 per barrel because unless that happens, we won’t be able to save the country. We have created a system that runs on easy money and rent-seekers are extracting rent everywhere and the most important asset that they have, their brains, are not being deployed to create wealth for the country. Nigeria therefore continues to be poor. So, while people are upset that oil price has crashed, I want it to fall further so that it will provide some opportunity to prosecute those who have wasted Nigeria’s resources.”

The CBN had no choice but to devalue the naira, Utomi said, “but my problem is not what they did; the problem is that we could have at least prevented this a long time ago and we would not have been where we are now. We could have saved the money we were making, rather than spending like drunkards.

“I have argued for 20 years that the benchmark for the FAAC accounts should not be more than $40. If the state governments are not going to behave themselves and share money within $40 per barrel, they should not run for governors because intelligent people know that states are supposed to create value, create revenues and not go to FAAC account meeting in Abuja and share.

“Also, I argued that between $40 and $60, the money should go to a stabilisation fund, which can be drawn on when the oil price drops. Then, if it turns out that oil price is going to $100, everything from $80 upwards will now go to a future fund, a long-term instrument that will create continuing wealth for generations. I expect the naira to be more than 200 a dollar in the next couple of days.”

An energy analyst at Ecobank, Mr. Dolapo Oni, said there are two segments of the energy sector that could be affected by the devaluation of the naira, namely, refineries and power plants.

“Unfortunately, the naira that they are going to be collecting is worth a lot less than what the dollar they are paying to their supplier is worth. So, we are starting to see some impact and I think we will see a lot more going forward.”

According to the LCCI president, businesses driven by government patronage are likely to experience a decline in the short term given the current revenue outlook and the effect of devaluation.

“Capital projects of government will reduce drastically and this would affect some segments of the private sector. Generally, government contractors would experience a slowdown in tempo of activities.

“With declining revenue, the risk of default in payment for jobs executed for government agencies will be higher in the short term. This situation calls for cautious engagement with government contracts at all levels of government. As government revenue contracts, the capacity to meet financial contractual obligations may be difficult.”

To Bello, the effect on the consumer will be disastrous as the devaluation may lead to cost-push inflation which will be driven by high cost of production and high cost of imported finished goods.

An industrialist and Secretary, Yaba Industrial Estate, Leonard Onyegbu, agreed with the LCCI president’s analysis of the situation.

Onyegbu noted that the devaluation would push up the cost of machines and raw materials since most manufacturers acquired their raw materials from outside the country.

“The effect will not be limited to imported items; it will trickle down to the local market where sellers will increase prices of local items including consumables to keep up with the increase in prices of imported goods,” he said.