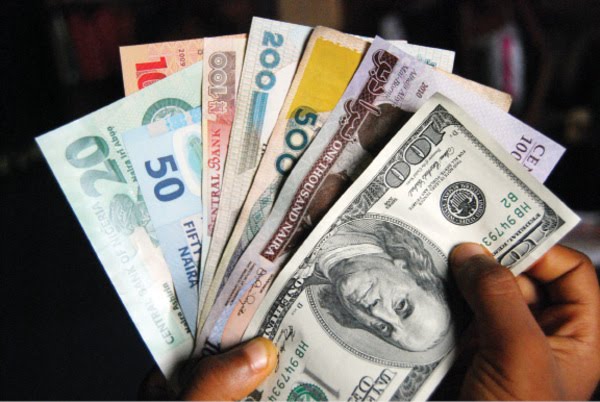 Some developments in the domestic and global economy are causing bank stocks to lose their attraction, it has been gathered.

Weighed down by issues such as the previous hike in Cash Reserve Ratio of public and private sector deposits, the recent devaluation of the naira and increase of the Monetary Policy Rate, the ability of banks to make impressive returns is increasingly being questioned.

As of Friday, the Nigerian Stock Exchange Banking Index, which comprises the 10 most capitalised and liquid companies in the banking sector, had a year-to-date return of -18.24. It has been engaged in a tussle with the NSE Consumer Goods Index for the unenviable status of the worst-performing indices of the year.

And there seems to be no respite in sight.

In October, global ratings agency Fitch Ratings said that actions aimed at protecting the economy and the banking system by the Central Bank of Nigeria would make the profits of Deposit Money Banks in the country to decline in 2015.

While it noted that the banks were performing well in the face of the challenges, a number of market operators are of the view that a drop in profit often elicits negative reactions from investors.

The Managing Director and Chief Executive Officer, Cowry Asset Management Limited, Mr. Johnson Chukwu, told our correspondent recently that a drop in profit would indeed lead to a reduction in investors’ appetite for bank stocks.

He had explained that the probability of decline in profit was just one of the adverse factors affecting the market price of banking and other stocks.

“More compelling factors such as sell down by foreign portfolio investors, threat of naira devaluation, likelihood of further hike in interest rates and political uncertainly combined have exerted more downward pressure on equity prices than even the risk of decline in profitability,” he said.

Now that the naira has been devalued, analysts have highlighted several ways in which banks could be hurt.

“The recent surge in banks’ dollar debt funding and lending leaves banks more vulnerable to foreign exchange risks, especially if there is further devaluation,” the ratings agency said in a statement.

Fitch said the development would lead to mark-to-market losses on government securities held in available-for-sale portfolios, although the impact on capital is likely to be moderate. It added that it expected the costs of funding to rise because of further tightening in inter-bank liquidity owing to the higher CRR.

In their review of the devaluation and increase in MPR, analysts at Renaissance Capital said the implication of the decisions taken by the CBN on Tuesday were negative for banks.

They, however, hinted that the banks would overcome the challenges eventually.

“As we have mentioned in previous notes, it gets tougher before it gets better and today’s decisions support our view,” they stated in the review.

On the impact of the MPR hike to 13 per cent, they said it was mixed.

“We expect the banks to re-price naira risk assets higher on the back of the CRR and MPR increases, in an attempt to offset the revenue loss. An MPR hike makes it an easier discussion for banks with customers on the justification for a lending rate increase. That said, we think the impact of this lending rate increase could be somewhat diluted,” the analysts explained.

The first factor, according to them, is that FX per cent of system lending has more than doubled over the past four years to 35-40 per cent today on their estimates (these are Libor-priced assets). The second factor is that savings interest rates get adjusted upwards by 30 basis points to 3.9 per cent from 3.6 per cent as these are pegged at 30 per cent of the MPR.

“What would help compensate on the revenue front for the banks will be an increase in liquid asset yields, which is likely but we note that this has not necessarily played out post previous CRR hikes. On balance, while higher lending rates give some ease to the margin pressure, we think the banks will move into a higher cost of risk cycle in 2015 and 2016,” they added.

An exclusive report by The PUNCH on Wednesday stated that Deposit Money Banks that have obtained foreign loans running into hundreds of millions of dollars face record losses on the loans following the devaluation of the naira.

The report quoted top banking sources as saying that Eurobonds and other dollar-denominated loans obtained mostly from international capital markets and not hedged might make some banks to record foreign exchange losses in their income statements.

The report, which noted that Nigerian banks had issued Eurobonds running into over $2bn, aside other dollar-denominated foreign loans, quoted a source as saying, “Some banks have borrowed money in dollars from international capital markets. These monies were brought into the country and put in their general pool of funds in the treasury.

“From the treasury, the monies were disbursed along with other funds into various investment sources including lending into oil and gas and other sectors. With the devaluation of the naira, the banks will need more naira to buy dollars in order to service those loans and pay the principal at maturity.”

The Managing Director, Forthright Securities Limited, Mr. Bode Ashogbon, said the implication was that the profit of banks would be adversely affected.

“And if it affects their profits, their ability to guaranty strong returns on investment would be negatively affected. And because people invest in anticipation of returns, one would expect that the price of these stocks in the market would decline,” he said.