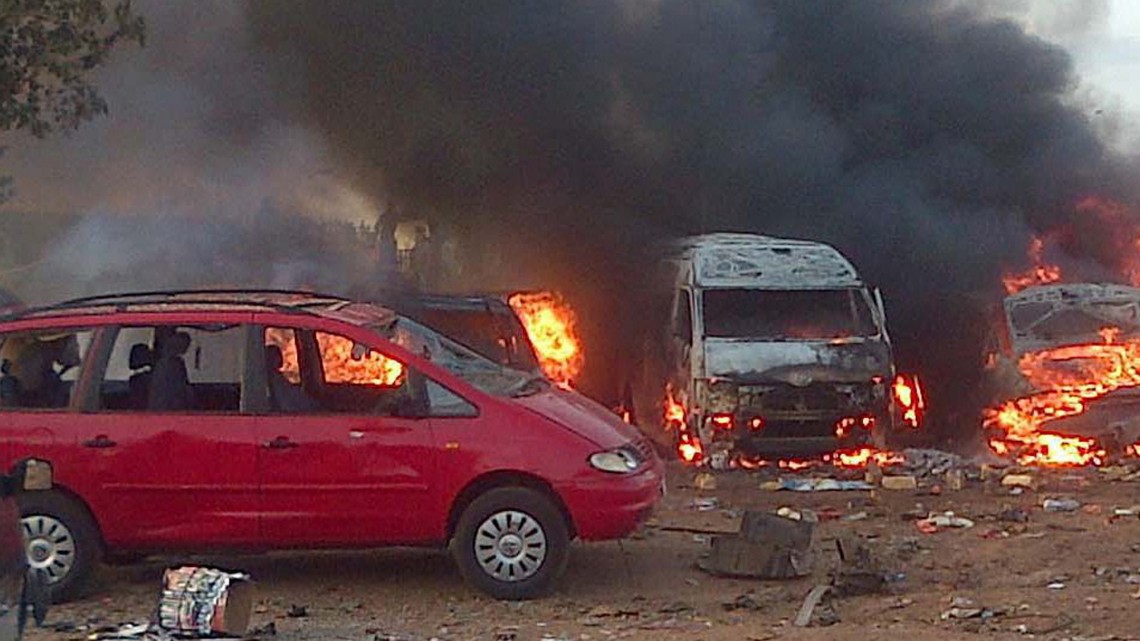 The first explosion occurred at 3.50pm, while the second followed 30minutes later.

Though the number of casaulties cannot be ascertained at this point, scores are feared dead, with no fewer than 14 burnt vehicles.

Roadside traders and commercial drivers were the ones mostly affected.

The bomber was said to have arrived the scene in a jeep, parked and blew up the vehicle.