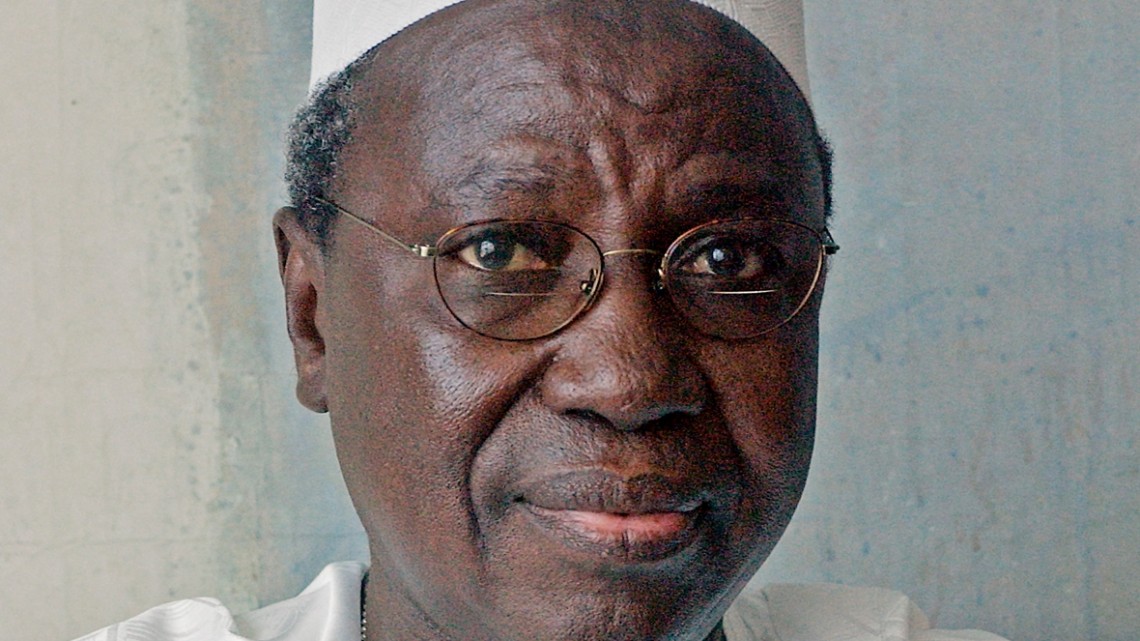 THE work of an ambassador is not for the averagely intelligent. It is for eggheads. Three months to the appointment of Aminu Wali as Nigeria’s 28th Foreign Affairs Minister, I was in company of some politicians. Not being a politician, I was supposed to be quiet, seen not heard. The discussion was who will come from Kano to the Federal Executive council, Gali Na Abba, Wali or the former Governor of Kano. It was also said that Wali could become, if accepted, as Minister of Defence. I was surprised when “Oga” said Steve you are close to this Northerner, what do you think?

I first met Aminu Wali in 1992 at his house in Victoria Island. It was the good old days of NPN. I still remember my first impression of him: small, audacious, calm, dark, probing, humble, complex and knowing. He could discuss anything; engineering, construction, military, civil service and of course, his calling, politics. He spoke of Chief Melford Okilo, Ranami Abba, Ferdinard Alabraba. (He even sent me to meet with Ferdinard Alabraba of the Commission then known as 3%).

When Bashir Tofa was nominated, and leading to that nomination, Wali determinedly wanted me to be involved in politics. I did try, becoming a strong member of the Youth Wing. But my relationship with Aminu Wali blossomed when I decided to take a break from the academia to join the civil service after the failed third Republic.

I went to Wali at home in Victoria Island and told him I wanted a job. Without asking any question, he gave me a note to Alhaji Hashim who was the Director General of the Federal Ministry of Labour and Productivity. What stands him out and endearing to me is the words he wrote of me. “Alhaji, this is a young man that our country needs, and tomorrow, me and you will be proud we helped.” I got a job and became a Federal Director under the Ministry of Labour.

When Chief Olusegun Obasanjo was elected President in 1999, he invited me to meet with him on June 22, 1999. I went with DIG Fidelis Oyakhilome. At that meeting, we discussed Nigeria, nothing personal was discussed. But months later, Obasanjo wanted to appoint the first Nigerian Ambassador to Ukraine and I believe Wali played a role in that decision. Ambassador Nana was appointed in my place because at the time Ambassador Wali was looking for me, I was on an official delegation to China, Japan, Malaysia, Ukraine and could not answer that important call for duty.

Aminu Wali received me warmly and with a lot of fuse in New York when he was the Nigerian Permanent Representative at the United Nations. And on another occasion, when my wife, Mimi, visited New York, he hosted her to a formal dinner. I and my wife have not forgotten his hospitality.

Ben Stein was right when he said “Nothing happens by itself …it all will come your way, once you understand that you have to make it come your way by your own exertions. Wali has paid his dues. He has served our country well. He has served humanity. I remember back in 1992, he said: “Steve, I declare before you all that my whole life, whether it be long or short, shall be devoted to the service of our people, our country.”

Aminu Wali is a true believer in democracy; he is bold, serious, but humble. Like John Caldwell Calhoun (1782-1850), an American politician said, “the very essence of a free government consist in considering offices as public trusts, bestowed for the good of the country, and not for the benefit of an individual or party.”

For him, the country comes first. Prior to the 2011 elections, I visited him in China. Again, we discussed Nigeria. He told me how he is setting up a committee in Guanzou to help sort out the many messes Nigerians are going through – drugs, killings, fraud and the attitude of the host government. Today, there is relative peace, respect for Nigerians and less killings in Guanzou. Aminu pulls all his diplomatic strings around the world.

The other discussion was my appointment in Jonathan’s government. He suggested some positions and expressed surprised that I am not in the cabinet. But what I will remember most from that visit is his Nigerianness. He once said: “We must never downplay the office of the President; he must be respected. Steve, you know that I am a Northerner, but for you, you must stand with your brother on this. Your people must. Let Nigeria work. Our country is a special place; we have always been sustained, through good times and bad, by the noble vision of our founding fathers – a vision not only of what Nigeria is today, but what we as a people can make it be tomorrow. Your task is to be sure our foreign policy and by extension, Jonathan, do not fail the Nigerian people.

“Nigeria is today struggling with a definitive Foreign Policy: what is our policy on African Integration? What is our policy on non-alignment? What is our policy on the super powers? Only recently, I had an opportunity to discuss Nigeria’s position and action towards what is happening in Ukraine. Nigeria must think carefully before getting involved in issues affecting the big powers. My consolation is that with your Permanent Secretary, Ambassador Martin, Nigeria will fast track itself into the committee of respected Nations at the United Nations. Again, to paraphrase Ronald Reagan, “Let us be sure that those who come after will say of us that in our time we did everything that could be done. We finished the race, we kept peace, we kept the faith.”

Born on August 3, 1941 in Kano, Ambassador Wali attended the Provincial Secondary School and the School of Arabic Studies in Kano between 1955 and 1961 after which he proceeded to the Federal Training Centre, Lagos. On completing his studies in 1962, he was offered admission to the North Western Polytechnic, London, England (now University of London) where he obtained the ACCS in Business Administration in 1967. When he returned to Nigeria, he was employed as company secretary to Sayen Nigeria Company Limited, Kano. He was there till 1969, when he was appointed General Manager of the Nigerian Match and Chemical Industries, Kano. He was in 1972 appointed Managing Director of Intersales West Africa Limited, Kano.

A man does not get to the level of boardroom player like that without being identified by the high and the mighty. And one cannot climb the ladder of big business like that without a track record of high morality and integrity. It was in his capacity as MD of that company that the Federal Government nominated Wali to attend the National Institute for Policy and Strategic Studies, Kuru, Jos, Plateau State in February 1986. He bagged the award, Member of the National Institute (mni).

Having conquered the private sector world, Wali delved into politics. In 1998, he was one of the founding members of the Peoples Democratic Party (PDP) and a member of the party’s Board of Trustees and Deputy National Chairman. He was later appointed as Special Adviser to President Olusegun Obasanjo on National Assembly Matters, and much later Nigeria’s Permanent Representative to the United Nations.

At the UN, Wali served, among other positions, as Chairman of the Second Committee (Economic and Financial). And he was part of the major resolutions of the UN. For example, there was the “potential of sport to contribute to the achievement of the Millennium Development Goals (MDGs), International Year of Sport and Physical Education (2005) and other resolutions on global peace and economic cooperation.

After his tour of duty at the UN, Wali was appointed Nigeria’s Ambassador to China. When he assumed office in China, one of the first steps that he took was to ensure a close relationship with the Chinese authorities, to create a forum that would open dialogue and relate to each other to make things a lot easier for Nigerians who might run foul of the law. In fact, he organised a seminar in concert with the Chinese authorities for Nigerians resident there to understand what is expected of them by Chinese laws.

Wali’s achievement in China also included promotion of economic and other bilateral cooperation between that country and Nigeria. It was during his tenure that President Jonathan visited China with 12 ministers and four governors in April 2013. In fact, there were technical agreements on a wide range of cooperation including power projects in Nigeria, abolishing of visa between Nigeria and China for holders of diplomatic and official passports, collaboration on checking theft of cultural assets and artefacts, agriculture and communication. Others were Chinese EXIM Bank for construction of Lagos, Kano, Port Harcourt and Abuja, Abuja light rail and Abuja-Kaduna railway.

If Ambassador Wali was a trouble shooter in China, he is even doing more now as Nigeria’s Foreign Affairs Minister. He was among the new ministers who were sworn in to replace those that were relieved of their appointments in September last year by President Goodluck Jonathan. His appointment came at a time when Boko Haram has turned the North East and other parts of Nigeria to a burning cauldron. In these hard times, Wali is consolidating on the efforts to bring international collaboration to fighting Boko Haram. Right now, there is cooperation among Cameroon, Chad, Benin, Niger and Nigeria to fight insurgency. When he spoke at a recent African Union Summit, Wali said. “The most important thing that happened between Paris and the follow-up meeting in London to date is the commitment of the neighbouring countries with Nigeria to cooperate and fight terrorism and insurgency.”

Moreover, the Federal Government recently sought the support of the European Union in the fight. He made this request when the EU Group of Ambassadors, led by the EU Ambassador to Nigeria, Erian Mishel, called on him in Abuja.