Dame Jonathan And Her ‘Womaness’ 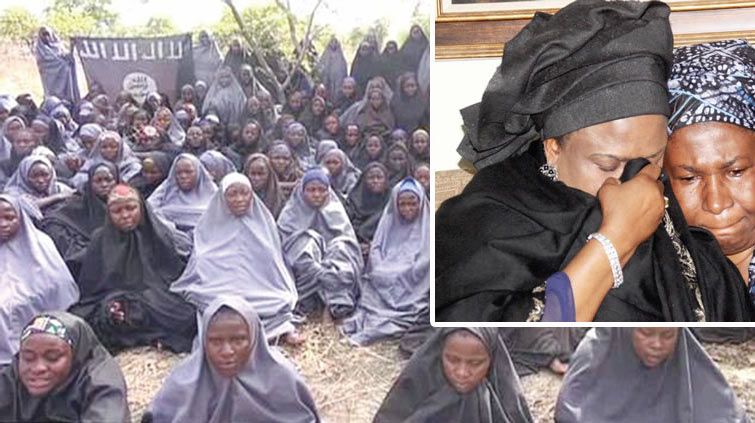 ONE of the most extraordinary attributes of a Nigerian is the ability to live on nothing, but hope; a spirit that is indestructible, optimism, even in defeat.

Despite the pain, therefore, we carry on.

I am guided by what Mahatma Gandhi once said: “There are times when you have to obey a call, which is the highest of all, i.e. the voice of conscience, even though such obedience may cost many a bitter tear and even more, separation from friends, from family, from the state to which you may belong, from all that you have held as dear as life itself.

“For this, obedience is the law of our being.”

What I am going to say about Mrs. Jonathan does not make life simple for her, for me and for you. It does not pretend that she had not erred in many other areas or that she is not human.

I offer this write up as a testimony to the fact that the best societies on earth are built on courage and truth. Therefore, making falsehood and evil look beautiful in the name of politics will not help our nation grow.

Two weeks ago, my 11-year old daughter came home from school and asked me a question that started me on the road to writing this piece.

She said: “Dad, why do they laugh at the First Lady’s English?”

Hearing people make comments about the First Lady’s English is no news. Some Nigerians even derive pleasure in insulting and abusing the First Family. It is common for comedians to say, “shei” and people will laugh.

But this particular one on the visit of the parents of the abducted Chibok schoolgirls to Aso Rock to meet with Mrs. Jonathan is one that took my breath away and my heart and soul reached out to her.

In the video clip, the First Lady, also a mother, not just a mother, a mother of a girl, unable to bear the pain, frustration, anger and politicisation of a very serious and grievous matter, broke dawn and wept. She cried like a baby.

Seeing the First Lady cry was to me the icing on the cake. Yet, some Nigerians find pleasure in laughing at her humanity, her womaness, and her weakness, her English.

Most Nigerians erroneously think that English is our first language. To me, English is my fourth language; my first is Epie (spoken by a population not more than 500,000 people), second language is Ijaw, then comes Pidgin English, British English, Russian and finally, French in that order.

So, how can I be laughed at because I made a mistake or decided to speak Pidgin English?

I am at a loss. Where did she go wrong?

How could we have trivialised such a serious matter of the abducted Chibok schoolgirls and reduced it to a mere comedy? How can we not cry and weep, like Mrs. Jonathan? Where is our humanity?

Or is it the foolish irony of dismissing Boko Haram as a Northern problem? Or is it the old wars of tribalism and politics of North and South, or Islam and Christianity?

“Life has no other discipline to impose, if we would but realise it, than to accept life unquestioningly. Everything we shut our eyes to, everything we run away from, everything we deny, denigrate or   despise, serve to defeat us in the end.

“What seems nasty, painful or evil, can become a source of beauty, joy and strength, if faced with an open mind,” said Henry Miller.

I agree with Rebecca Falls that “one of the most valuable things we can do to heal one another is to hasten to each other’s stories.”

Granted that we may not so much seek to be consoled as to console; to be understood as to understand (St. Francis of Assisi).

Those laughing, while parts of our country burn, while blood is flowing on our streets, must realise that long ago, Pastor Niemoller of Germany re-counted his regrets for not speaking out when Hitler started, first, taking individuals, then organisations, then the Jews and later nations and then it was too late for mankind to respond.

On the Chibok schoolgirls, having a daughter also, I understand with empathy and compassion. It is Erma Bombeck who said: “It is not until you become a mother that your judgment slowly turns to compassion and understanding.”

Mrs. Jonathan, in this particular video clip of na only you waka come, there is God o, demonstrates the pain of a nation, pain and agony of a mother, the frustration of parents and evil of a nation. She wept for all mothers, the Chibok schoolgirls.

Kindness is loving people more than they deserve. Mrs. Jonathan may not deserve our votes, but she deserves our kindness.

I agree with Anne-Sophie Swetchine that: “We deceive ourselves when we fancy that only weakness needs support. Strength needs it far more.”

It is time to call ourselves to order. It is time to live by example. It is about time we had an end to the old Nigeria, where all that matters is the privileges you were born with, rather than the potential you actually have.

The trouble with this country is that there are too many politicians who believe, with a conviction based on experience, that you can fool all of the people all of the time.

Let us, as a people, collectively work to defeat Boko Haram. Let us defeat this evil, this war, this unjustified war, this politics of death.

We must also together fight poverty and hunger. We have no business and no justification to be poor and hungry.

The Greek philosopher, Aristotle said: “Poverty is the parent of revolution and crime.” Where some people are very wealthy and others have nothing, the result will be either extreme democracy or absolute oligarchy, or despotism will come from either of those excesses.

It is also good to remind us of what Bertolt Brecht (1898-1956) said. “The finest plans are always ruined by the littleness of those who ought to carry them out, for the emperors can actually do nothing.”

Those who criticise the President for using kid gloves on Boko Haram are right, and I agree with them.

It is true Nigeria is at war, but with whom? That is the question. In most cases, force is not a remedy.

In the words of Edith Cavell (1865-1915): “Patriotism is not enough. I must have no hatred or bitterness towards any one.”

My fellow Nigerians, pardon me if I do not speak your mind. My daughter’s question on why we abuse the First Lady of a country and even the President was the trigger.

I needed to listen to my conscience and to speak up for a mother, who genuinely wept for her children. I believed her. I believe that she is grieving for the Chibok schoolgirls, for a nation in a senseless war.

The reluctance to speak/write after watching that video clip had, like a crushing weight, been lifted off my shoulders, and the memories that for so many months I had kept hidden in the depths of my soul had suddenly begun to stir to life.

What have I done? I know flattery corrupts both the receiver and the giver. I have none here. I have simply answered Sinikiem’s question.

It is not nice to laugh at someone who is in sorrow and yet, English is not my first language.

Edgar Watson Howe answered the question for me, when he said: “If a friend is in trouble, don’t annoy her by asking if there is anything I can do. Think up something appropriate and do it.”

According to Francois de La Rochefoucauld: “If we had no faults of our own, we would not take so much pleasure in noticing those of others.”

This piece demonstrates conclusively that evil is generic to humankind, that is suffered by all nations and practiced by all nations. It thrives where indifference prevails.

I have no soothing word for my countrymen and have none also for Mrs. Jonathan. But I hope this piece will help her accept the fact that most things happen, not because she is bad, but the office carries that burden.

Next post Job Offer – Institute of Science and Technology, Yenagoa