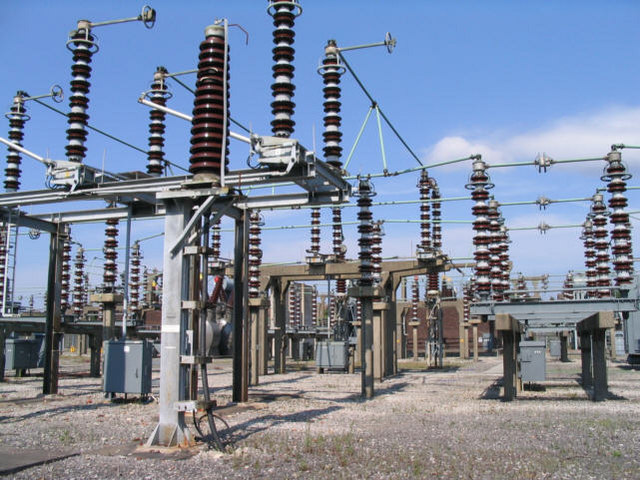 The Chairman, Nigerian Electricity Regulatory Commission, Dr. Sam Amadi, in this interview with journalists, says aggrieved electricity consumers on estimated billing may demand clarification from power firms before paying bills.OKECHUKWU NNODIM was there

Many Discos still short-change consumers; why is NERC slow to penalise them?

There are two possibilities if an estimated consumer receives an exorbitant bill. First, it is either that power supply to his area has improved significantly; so this customer enjoys more electricity. In that case, the distribution company bills for higher consumption but most people who report these developments don’t report the commensurate increase in supply. However, we know that power has not improved that much.

The second likely option is that a distribution company increases electricity bills of customers unfairly and claims that some people are chronically underestimated. The Disco then optimises this, but the question is: Is it proper? I think the answer is that consumers should always benchmark their consumption with metered consumers in the same cluster to know if they are overbilled or not.

Estimated customers by virtue of their status are subjected to unfair pricing and the only way they can overcome such challenge without metering is to benchmark with metered customers within their area because the commission cannot determine proper billing without evidence.

Consumers are growing extremely fatigued with the blame shifting of these distribution companies. What will NERC do about this?

Most people in the distribution companies are not serious with what they are doing and that is true. A Disco is responsible for everything about the consumer and the service they render. It is just like you going to the bank and they tell you that your cheque book is missing and you should go to the central bank. That is irresponsible because the CBN will only come in when the bank fails to meet your needs. Really, the Discos are not doing what they ought to do with regard to customer services.

So, when will the regulator begin to penalise the Discos for such irresponsible acts?

We have started penalising them but the problem is that penalties for such acts are difficult because people don’t complain. If you didn’t raise this with me now, I wouldn’t have known and the people who have such bills at home decide to stay quiet.

There is an element of arbitrariness and of course, there is the temptation to make money by the Discos because most of them are in a very tough financial state. The tendency for some of them to try to make some money through these arbitrary means will be there.

Our job will be to address these issues with samples. We will ask questions that bother on the frequency of such complaints and then direct them to change with a closer check on them. We have 11 Discos across the country. The best way to deal with them is through general sampling and not a one-by-one case. Through that, we can zero in on them by patterns of consumer complaints.

The enforcement of consumer action is usually done as an aggregate when the regulator sees a pattern of misbehaviour and not on a case-by-case basis. So, we encourage the consumers to file their cases, copy us and sometimes refuse to pay bills and ask that the content of their bills be justified to them.

That is why we also have forum offices. They are designed in such a way that if there are many cases at the forum offices, it means that the Discos are not doing well in terms of customer care.

Less cases means that a Disco is proactive to customer issues. The system is designed in such a way that we pick up issues when they have become a pattern. Consumers should also realise that part of the key performance indicators are the number of complaints against a Disco and how well it handles them.

The regulation and enforcement are based on a smoking gun; something comes up, you then ask questions and request for records. But if nothing shows up, you will not have anything to do and that was what triggered our recent consultation across the country. It was when we discovered that some Discos had up to N4bn somewhere in the banks doing nothing.

We have mandated that any month they fail to meter consumers who have paid, they will have to refund the sum of N5000 to consumers. We will tell them the duration of that order soon. It’s because we had seen a pattern, that was why we stepped in. But when one customer writes to us, we have to make sure that such customer exhausts the available options at the Disco level before it gets to us.

Don’t you think consumers have refused to complain because of the poor attitude of the power firms?

There is a possibility of consumer fatigue but it is not in their best interest. If consumers don’t complain, it means that the regulator will not have enough information to monitor consumer service.

Discos will give their reports indicating that everything is fine but complaints from consumers provide the basis for the regulator to ask questions. If a Disco shows us records that are favourable; how do we match them with reality?

Abuja Disco, for instance, has what it claims to be a world-class customer call centre and if you go there, they show you computers but whether calls from consumers pass through them, nobody knows. But if people call and give their feedbacks, we will know from them if that is efficient. My message is that it is consumers who really hold the greater responsibility of enforcement because if they are not actively seeking for remedies, then the regulator will be deceived.

Given these challenges, what is the outlook for the market going forward?

From the empirical evidence we have, it is actually not true that electricity has done worse from takeover; some of the operators have done fairly well. Ibadan Disco is fairly doing well in terms of grappling with the challenges. Surprisingly, Yola Disco, which used to be the weeping boy, has done well. It is also noteworthy that both Discos are owned by the same people and they are doing well. Financially, they are doing more than most Discos.

If you look at metering now, Ibadan is doing well. Benin claims to be the best but our evidence does not support that claim. Eko has tried; Ikeja has surprisingly fallen short of standard. Before now, it used to do well, but the new guys there are not doing well in terms of dealing with consumers and market settlement. Port Harcourt is trying to set up good forum offices and IT-based processes. They started late though. Abuja is not doing well and needs to work harder even financially in terms of market obligations.

Enugu surprisingly has the best business plan, and they come out better than everybody in terms of financials. During the acquisitions, they made the right calculations as to what would happen in the market.