Some Urgent Tasks After The Elections 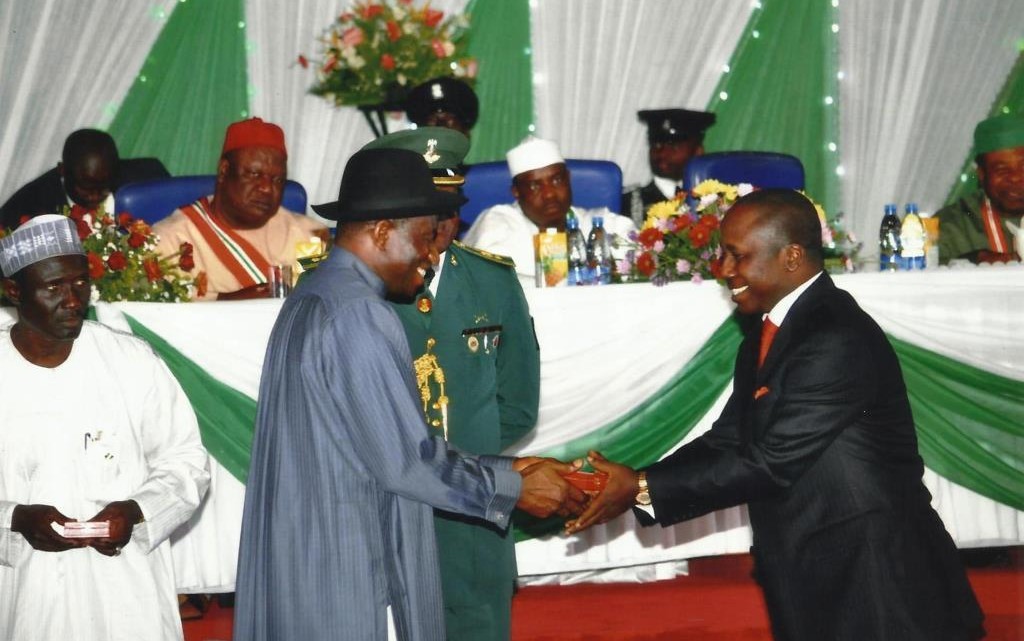 This has been one election campaign during which we have ridiculed our leaders, contenders, and ourselves before the whole world. At times, it has appeared as if the international community were the electorate that needed to be wooed by political actors who tar-brushed one another in a campaign unprecedented by the fury of hate speech, insults, and emptiness of issues. Even where attempts were made at focusing on issues, “the how” of remedial or corrective action was often missing. The 2015 elections will go down in history for the election campaigns that exacerbated our national image problem through deliberate distortion and exaggeration.

The world has taken in those messages—and the world has reinforced its negative perceptions of us. Diplomats accredited to Nigeria have certainly had a field day, simply compiling, and dispatching to their home governments, the worst about us and our leading political actors who vilified one another through statements, caricatures, advertisements, documentaries, and articles. So, out there in the international community, we have created—or compounded—a mountain of problems for ourselves, and this is particularly so for whoever is sworn in as President on May 29, this year.

Since we had laid ourselves so bare, diplomats began interfering in our local politics, issuing statements that are offensive to diplomatic practice and protocol. It was hardly surprising, therefore, when the Minister of Foreign Affairs, Ambassador Aminu Wali, summoned the diplomatic corps in February, this year, and issued a rebuke against the interference of accredited envoys in Nigeria’s domestic affairs and politics. He warned that thenceforth there must be strict adherence to the acknowledged channels of communication and scope of diplomatic interaction. It is to be noted that, ever since, diplomats have been restrained.

However, neither Nigeria, nor some members of the international community, can deny the fact that diplomatic tensions have brewed in recent times over the posturing of some countries with regard to their expectations of the outcome of the elections. Thus, rather than neutrality, which is healthy for diplomatic relations, some countries have barely disguised their preferred victor(s) in the elections, which was why the diplomats of such countries threw caution to the wind and began meddling in our domestic politics.

It is obvious, therefore, that even without an open diplomatic row, the 2015 general elections have affected—but not necessarily straining—our relationship with some countries, including our traditional allies. Repairing, and normalising, those relationships is one of the most urgent tasks to be undertaken in the aftermath of the elections, no matter who emerges victor. Simultaneous with the diplomatic shuttle that this task calls for, is national public relations engagement in important capitals abroad, although in the latter endeavour one does not envisage the usual ineffectual image laundering campaign that lines the pockets of a few consultants, who by their advice and activities do little to enhance our national image.

Yet, it must be recognised that restoring warmer ties with our traditional allies and other friendly countries, as well as boosting our national image which has, as stated above, taken a battering on account of the acrimonious election campaigns, would be greatly facilitated by the credibility and legitimacy of the elections.  I was recently in Moscow, and currently I am in Washington D.C. From my interactions with key influencers in these capitals, I can report that there is concern about the credibility of the elections delivered in an atmosphere of relative peace. To the extent that the world sees that the outcome of the elections is a true reflection of the intention and will of the electorate, to that extent the elections will rank high in credibility.

The Federal Government must continue to ensure that the Independent National Electoral Commission (INEC) lives up to its name of being an independent electoral management body. So far, INEC has not complained of being starved of funds, which is one way it could be manipulated and its programme of activities negatively affected. It has not complained of interference in its work by the Executive branch.

As the evidence has shown lately, there is also no proof that President Goodluck Jonathan, or any of his aides, has been teleguiding Prof. Attahiru Jega, chairman of INEC, or the Commission as a body. Suspicion was rife earlier when the National Security Adviser, Col. Sambo Dasuki (rtd), suggested that a shift in the original dates of the elections (February 14 and 28) would be inevitable. The suspicion grew even further when the INEC Chairman was summoned to the Council of State meeting, which then advised the Commission to take into cognisance the totality of concerns about going ahead with the elections as earlier scheduled for February. This was in addition to the firm point made by the high command of the military that they would be unavailable to provide security if the elections went ahead as planned.

Those who vilified the military for proposing a six-week shift to enable the troops flush out Boko Haram in the North-East have since been eating their words in the light of the unprecedented successes the Nigerian military have recorded against the terrorists who are being wiped out from the local government areas where they previously held territory. In the same vein, advocates of the February dates for the elections have since relapsed into silence in the face of the unacceptable reality that some 25 million eligible voters risked being disenfranchised, because they had not received their permanent voter’s cards. The lingering issue of whether or not to use the smart card reader, and how effective the device might be in enhancing the integrity of the elections, are matters that should bother all stakeholders.

Still, of all the urgent tasks to be undertaken after the elections, perhaps the most crucial is the management of the outcome of the elections. This is particularly so with regard to the presidential election scheduled for March 28, 2015. None of the leading candidates has entered the race with the intention of losing. But there can be only one winner. President Jonathan has said he will accept the outcome of the election, being the decision of the electorate freely and fairly expressed in a peaceful atmosphere. His campaign has reiterated his 2011 slogan that neither his ambition nor that of any politician is worth the blood of any Nigerian. By his utterances, and body language, it is deducible that the incumbent President expects that the will of the voter will prevail, and that where that does not favour him, he would pack and leave, paving the way for a new helmsman on May 29.

Whether the same disposition is true of the opposition All Progressives Congress (APC) is doubtful. They appear to contemplate nothing else but victory. While that attitude may be their electoral battle strategy, it nevertheless conveys the distinct impression that the opposition sees the presidential election as a zero-sum game. This is the basis for understanding and evaluating their earlier, and perhaps subsisting, threat of forming a parallel government in the event of an unfavourable election outcome. The threat of constituting a parallel government is also the threat of making the country ungovernable, a variant of which the country has been grappling with since after the 2011 elections, when ethnic jingoists felt that the North should have had the Presidency rather than Jonathan.

It is also clear to those who can read between the lines that recent suggestions of an Interim Government are a forewarning of ungovernability in the event that the opposition does not win the Presidency. An Interim Government is anathema to the 1999 Constitution as amended. How persons are to be elected into various offices are spelt out in black-and-white in the Constitution and other relevant laws, including the Electoral Act 2010 as amended. An Interim Government, as President Jonathan has rightly observed, is treasonable. Yet, the very fact that it is still being canvassed in a variety of not-so-ingenious ways might be a hint of what to expect in the aftermath of the elections. This is why managing the post-election period is an urgent task not to be trifled with.

On January 14, this year, leaders of the political parties and their presidential candidates in the 2015 elections signed the Abuja Peace Accord. Witnessed by two prominent international citizens—Nigeria’s Chief Emeka Anyaoku (former Secretary General of the Commonwealth), and Ghana’s Mr Kofi Annan (former Secretary General of the United Nations)—the Abuja Accord was intended to moderate the heat generated during electioneering. There have since been accusations and counter-accusations, between the two leading parties, as to who is committed to, or who is violating the terms of the Accord.

Nevertheless, it was heart-warming that the country overcame the controversy and tinderbox of the postponement of the original scheduled dates of the elections. What worked on that occasion? What might work even better when the votes have been cast, counted, and the results announced? Answers to these questions, I think, are some of the building blocks towards erecting a bulwark against a backlash in the aftermath of the elections.