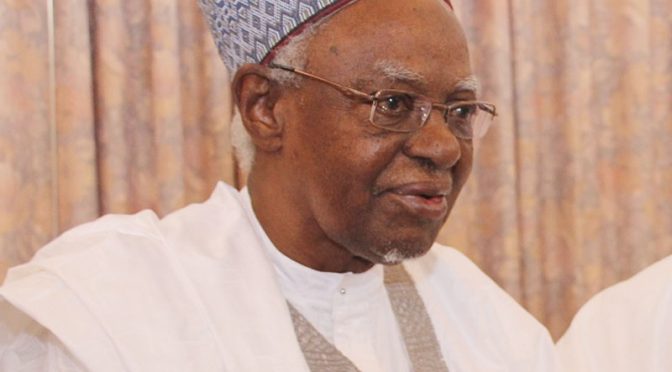 The National Think-Tank, NTT, has received, with sadness, the news of the passing on of Alhaji Shehu Aliyu Shagari, a former President of the Federal Republic of Nigeria, between October 1979 and December 1983.

In a release signed by Prof. Steve Azaiki, CON, and Mr Dele Agekameh, the National Coordinator and National Director, Media and Public Affairs respectively, the organisation mourns the demise of the father of Alhaji Ibrahim Shagari, one of the members of the governing board of the
organisation and father of the nation.

The organisation said it mourns “a father who, in words and deeds, stands out as our nation’s conscience. It describes the late president as “a man who treated everybody that comes into contact with him as his children”.

The NTT said his entire life was a journey in humility as he treated people with utmost respect and love. The organisation also observed that the former president was great in everything, and he was one of the most decorated Nigerians, in terms of ministerial appointments. The organisation remarked that “Allah gave the late president everything – power, position, authority, children and friends – except money”.

It also stated, in the joint statement, that “unlike the leaders of today, the former president never believed in accumulating wealth; he never even bothered to own a bank account, a car or a house”. The former president was compared to Job in the Bible, as “he lost so much, yet always accepted Allah’s will in his life, even when his children died”.

The NTT noted that, as a highly religious man, the late Shagari had an open mind, and was very accommodating, detribalised, friendly and humane. He loved all and hated no one. The NTT expressed that no wonder Allah, his creator, gave him such a long life until his demise last Friday at the ripe age of 93.

The NTT advised that, as the nation mourns the exit of this colossus of a man, his life and times should guide Nigerian leaders to live exceptional lives and bequeath to generations yet unborn the virtues of honesty, humility and love for their fellow beings. It also suggested that a national monument, such as the Sokoto Airport, be named after the departed former president.

As the 2019 general elections approach, the NTT urged politicians to tread softly and realise that there is no other country they can call their own other than Nigeria, noting also that Nigerians must put the country first above all interests.

Previous post Lessons Nigeria must learn from ‘Brexit’, By Akinyemi