Change! Will There Be Change? 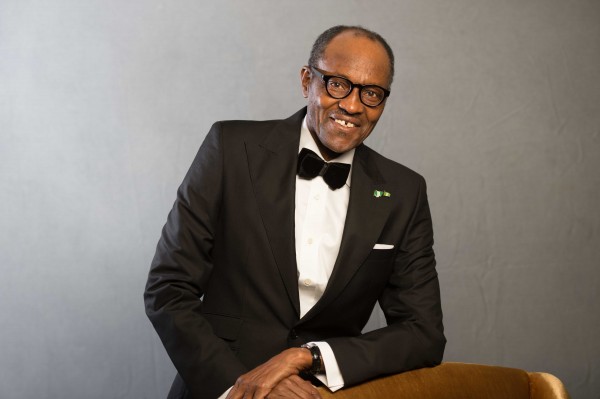 CHANGE was the sloganeering swan song of the Alliance for Progressive Change or APC during the last series of elections in Nigeria in March and April.

In response, the electorate was able to dispose of the pseudo-hegemonic Peoples Democratic Party or PDP and halt its delusionary dream of ruling Nigeria for the next 60 or 80 years.

As a sign of things to come, the author of the dictum was unceremoniously removed as Chairman while trying to remind his gang of the party’s dogma of rotation or something like that.

Subsequent events revealed that the everlasting theory of the party began to quake on its false and dubious foundation. We also witnessed arithmetic failure when grown ups were telling the country, after the Governors forum meeting, that 17 was greater than 19.

Because of its omnipotent and omniscient perception of its rule, the country began to witness one of its worst assault on peoples sensibilities. Governance was characterised by profligacy and larceny and all that I-don’t-care by the ruling class.

Corruption a la stealing became a norm. Politicians and their cronies ran the country bone dry. It was quite obvious for all to see that morality was thrown to the dogs.

Various examples suffice including the petroleum subsidy scam, Christmas rice importation scandal for a country pretending to be self sufficient in rice milling, ferrying of dollars to buy arms for the military at a flea market by non military persons, prime land being given off in Abuja for farming.

Consecutively was also the Boko Haram insurgency accentuated by the Chibok girls debacle and the initial official silence and indifference, an embarrassment especially as our famed Nigerian army abroad, found itself impotent locally. Signs of the morass that we sank into

Lest we forget, we also have the atrocious salaries of the political class, from local governments, to state houses of assembly to the national assembly – house and senate.

In addition to unspecified salaries, there are unaccounted for constituency allowances and all other sorts like housing, wardrobe and vehicle allowances. These were also accompanied by retinue of advisers, special and not so special assistants, etc that were supported by public funds.

However, we must not forget that this practice was carried out by the two major parties. One thing that united the two parties’ representatives was the fat money they carted home at the end of each month.

Many now own estates that nobody can hire from them and some end up being rented by the government that they work for, while the majority live in squalor. When Obasanjo tried to sanitize the issue of emoluments, he was scared off by the threat of impeachment.

In addition, we have public servants competing with each other for the best ridden jeeps and exotic cars, mostly paid from funds appropriated from the common wealth and so on and so forth.

Against all these background was the groundswell that led to the APC coalition eventually having a clean sweep at the last election. This feat was partly achieved by the introduction of the permanent voters card or PVC, which scared off the potential riggers to a large extent. Thanks to the doggedness of Prof. Attahiru Jega.

The APC victory was also due to the fact that people were thoroughly fed up with the PDP government. Change was in the offing and it became manifested by the last election. People wanted change to corruption, arrogance of power, nepotism, promotion of mediocrity and official kleptomania.

Having said all these, the question is now that, will there be change or can there be change?
The answer is that there can only be change if the following occur:
• The salaries of all NASS members are made public including all allowances, advisers etc. These must be published and the Revenue Mobilisation Allocation Fiscal Commission – RMAFC must be subject to the oversight function of Mr. President or his Vice. If the NASS people ever threaten to impeach the President for curtailing their excesses, the people will not allow it. We are counting on the antecedents of the President-elect in terms of his transparency and prudence.

• Salaries and allowances of all governors, assembly and local government members and chairman must be known and be in public purview.

• Drastic improvement in power supply. This will energize industrial production and increase self-employment. Our 4-5,000 Mega Watts purported phcn production for 170 million people is dismal compared with South Africa with 40,000 MW production for a population of 54 million.

• Fuel situation must change. If removal of subsidy is what we have to endure, temporarily, to shut out the fuel parasites, so be it. However, steps should be put in place to increase local fuel refinery capacity and bring in local investors. We may find out that eventually, prices may fall as it did in the USA when crude prices crashed.

• Health services must be available, for free to all, at the Primary Health Care level. In addition, the National Health Insurance Scheme should be totally restructured and made more efficient. People are having real problems accessing affordable healthcare with dire consequences.

• Education sector must be revamped and made more functional. The original philosophy of the 6-3-3-4, now 9-3-4 system, should be revisited. The creation of institutions for vocational studies should be looked into, particularly what Oby Ezekwesili was advocating when she was minister, to formalize vocational studies e.g. refrigeration and air-conditioning, car repairing, carpentry, masonry, computer hardware repairs, hair dressing, fashion designing etc can be formalized and certificated to increase acceptability.

• Strengthening and making the judiciary to be 100% independent and get more people with integrity into the bench.
There are many issues that our country needs to redress in addition to those enumerated. It should also include respect for elders or constituted authority according to our custom, not someone challenging the certification of one who was a general while he was still in elementary school. We need to see vividly that change is or has taken place or else that change can take place again.

• Soga Sofola is Emeritus Professor of Physiology, College of Medicine, University of Lagos.