THE People’s Democratic Party (PDP) leadership Thursday alleged that the All Progressives Congress (APC) is relentlessly plotting to divide the country along political, religious and ethnic lines.

The PDP National Publicity Secretary, Olisa Metuh, in a press statement lamented that the APC had issued 117 press statements within just a year of its registration aimed at attacking the President and PDP officials.

The statement reads in part: “We can say without any fear of contradiction that the APC in its 14 months of existence has shown that no serious-minded person should call it an opposition party as it has demonstrated to be nothing more than a band of anarchists, scaremongers and idle politicians.

“The motley assembly of political opportunists and frustrated office seekers in over a year of its registration has issued 117 press statements which all have been devoted to abusing President Goodluck Jonathan and PDP officials and promoting division among Nigerians.

“There has not been any press statement in which the APC had taken up any major policy issue by the PDP and offered Nigerians how it intends to do it better if it ever had the chance to govern the country. Statement after statement, all the APC pours out are bile, hate, insult and low-quality propaganda from the stable of its Goebbelian ilk and Chemical Ali breed.

“In the same vein, APC leaders have continued to make inflammatory utterances tailored to incite hatred and violence and ultimately balkanise our nation. The series of threats by APC leaders ahead of the 2015 general elections and the announcement by their national chairman that they will form a parallel government should they lose the 2015 presidential election clearly point to their anti-Nigeria agenda.

“With nothing to offer the country as a party conceived in perfidy and born in opportunism, they strive every now and then to look for scandals to feast on while attempting to corrupt all the institutions of accountability to shield the many maggots that dominate the ranks of its top chieftains.

“This corrosive outfit has done so much harm to our polity that words have lost their meanings. For example, calling themselves “progressives” is the greatest oxymoron in our political lexicon since amalgamation. Their major criterion for anyone to be a progressive is having one or two headlines of insults heaped on the President and PDP officers.

“Indeed, the PDP had looked forward to a robust opposition that will constructively engage on issue-for-issue and policy-for-policy debate on nation-building only for the APC to expose its hollowness as an ‘Anarchic Peoples Club’.

“We trust that Nigerians are too politically sophisticated to be hoodwinked into swapping our transformation agenda with Janjaweed politics garnished with pedestrian rabble-rousing.” 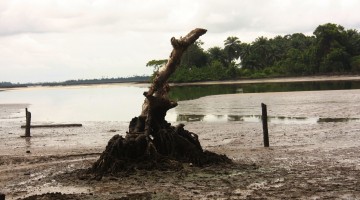