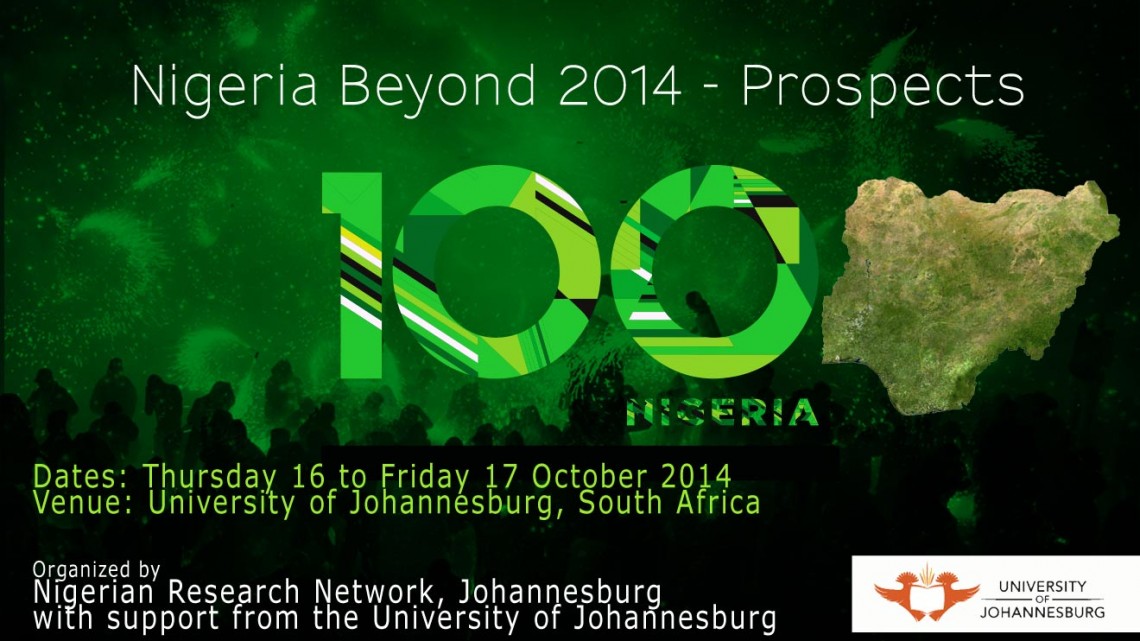 1 January 2014 marked the centenary of Nigeria’s existence as a unified political and administrative entity following the amalgamation of the formerly separate British protectorates of Northern Nigeria and Southern Nigeria under the governorship of Frederick Lugard. Debates and commentary on the enduring legacies of that critical historical moment have however been overshadowed by the more compelling concerns of the present, notably the havoc being wreaked by the extremist Boko Haram group whose resurgence in 2009 coincided with the amelioration of militancy in the Niger Delta region. These come in the context of prevailing multiple national dilemmas including profound social differences (ethnic, religious and regional), unresolved national tragedies (the Biafra War, Odi Massacre, Zaki Biam Massacre, etc), widespread poverty, poor governance, endemic corruption and a political climate characterized by godfatherism and the legacies of protracted military rule.

Yet, the outlook on Nigeria is not all doom and gloom. On the economic front in particular, it now appears – for the first time in decades – that there is real hope of sustainable growth. On the strength of ‘rebased figures’ released in March 2014, the Nigerian economy has reportedly overtaken South Africa’s as Africa’s largest economy and is now the 26th largest in the world. This has come on the back of annual growth rates of around 7% for about a decade now. Encouraging news have also emerged in other fields: The national football team, the Super Eagles, won the coveted African Nations Cup in 2013 and reached the knock-out round of the recent World Cup finals. In literature and the arts, Chimamanda Ngozi Adichie and Tope Folarin are among a set of young writers who have won major international awards in recent years while Dapo Oyebanjo (a.k.a. D’banj) and the Okoye twin brothers (a.k.a. P Square) continue to make waves in the international music scene.

Against this background of stark contrasts and paradoxes, what does it mean to speak or think of a future for Nigeria and Nigerians beyond its centenary? In what ways, and under what predictable and feasible socio-political scenarios might the acknowledged potentials (human and otherwise) of Africa’s biggest country become realizable? In other words, in spite of its dilemmas and the arguable spectre of state failure, how might one speak of Nigeria’s prospects beyond 2014? In theoretical and practical terms, what models of postcolonial/post-independent nationhood and democracy can be contemplated for Nigeria’s immediate and long term future? These are some of the questions that the conference, “Nigeria Beyond 2014” seeks to answer.

The opening day of the conference shall be dedicated to democratisation and political transition which is central to an exploration of the current and future state of Nigerian nationhood. This will lead to the second (and concluding) day that will interrogate other aspects of Nigerian nationhood. Presentations may include comparative perspectives (possibly with South Africa and/or other African nations) as well as the possible roles that diasporic communities may assume with regard to citizen participation and civil activism. Attention will also be paid to issues of Nigerian migration, the international represetation and perception of Nigeria / Nigerians and its impact on official and non-official relations between Nigerians and people from other nations, especially South Africa where the conference will be held

Fifteen minute papers on these questions are invited from scholars (established and novice alike), members of the international and local civil rights community, students, political and cultural actors, media practitioners, the diplomatic community, business leaders and experts, government and public officials and all those interested in Nigerian issues. Areas of focus include, but are not limited to, the following themes and sub-themes:

Abstracts of not more than 200 words should be emailed to nigeriabeyond2014@gmail.com by
Friday 15 August 2014. After a blind review process, successful presenters will be notified by Friday 22 August 2014 when registration will open. Submitted abstracts should be saved as MS Word documents and include the presenter’s name, affiliation, email and postal addresses, together with the title of the paper.

Registration fees (which apply to all participants, including presenters) will be R2000, with a concessionary rate of R1000 for students, to cover all conference documentation, refreshments, lunches, administration costs and the conference dinner. Payment instructions and further information will be communicated shortly. Enquiries should be directed to:

Registration fees (which apply to all participants, including presenters) will be R2000, with a concessionary rate of R1000 for students, to cover all conference documentation, refreshments, lunches, administration costs and the conference dinner. Payment instructions and further information will be communicated shortly.

Conference organised by Nigerian Research Network, Johannesburg, with support from the University of Johannesburg

Proof of current registration as a student is required. Students in full-time employment do not qualify for this rate.